Duikersdrift is a 34 hectare (85 acre) working farm in the age-old Cape tradition, and includes a vineyard, olive orchard and paddocks with horses, donkeys, cows and amazing birdlife. Being surrounded by mountain wilderness, there are also a number of wild small animal species that call the farm home (see species list here).  Visitors to the guesthouse are treated to gorgeous mountain views, laid back farm-style living, and a range of on- and off-site activities that will cater to most interests. On offer are tours to the west coast, Cape Town and the surrounding wine valleys, and your hosts will happily provide detailed information for self-guided exploration of the cultural, historical and viticultural highlights of the Tulbagh Valley itself.

The property hosts a number of attractions.  The family-orientated Obiqua Café Restaurant is open Monday-Saturday for lunch and dinner with breakfasts on weekends (currently suspended on Saturday until the return of the Duikersdrift Parkrun that usually takes place every Saturday at 8am).  On Sundays the restaurant is open for breakfast and lunch, closing early evening.

The Duikersdrift Deli & Farmstall offers a diverse range of products including cold cuts, cheeses, an expansive selection of artisanal products and delectable picnics. The farm produces an award-winning extra virgin olive oil and excellent wines and is home to the Buchanan’s Brewery Tasting Room where a unique range of craft beers can be enjoyed. There is also an extensive picnic area around a dam and a children’s playground.

The tranquil pool area overlooks the impressive Saronsberg Mountain that dominates the western skyline and is the perfect spot to watch the sun go down. Guests and visitors can make use of the full range of activities such as picnicking, hiking, mountain biking, fishing, bird-watching and viewing & feeding of the farm animals.
Although the farm has changed names many times over the years, the current owners chose to restore the older name of Duikersdrift in honour of the small bush duiker antelope that still call the farm home.  They also had a vision to transform the purely agricultural Duikersdrift into a typical Cape Winelands tourism destination, offering warm hospitality, family activities, fine cuisine and contemporary farm-style accommodation.

ACTIVITIES FOR THE WHOLE FAMILY

To create an environment catering to a diversity of interests where one can truly escape from the pressures and stresses of modern living by connecting with nature and nourishing the soul. A place for families and of memories with a focus on genuinely unpretentious services and a range of outdoor activities and experiences. Central to this philosophy is a well-trained, friendly and hospitable team with an unwavering dedication and commitment to service excellence and a property that is managed in a sustainable manner with benefits for the resident wildlife, community and region as a whole.

The Carnaby Family have young children and family values are core to everything about Duikersdrift.  Well aware, through their own vacation experiences, of the limitations for families with children in the contemporary tourism environment, Trevor and Caroline Carnaby are determined to create a destination offering an authentic country atmosphere with attractions that are unpretentious and excellent value.  Duikersdrift Winelands Country Escape was born of this and continues to evolve, diversify and innovate.

The family enjoys visiting their ‘winelands jewel’ when taking a break from their up-country home in the Greater Kruger National Park.

The village of Tulbagh
Tulbagh is a charming, historic small town about 1,5 hours from Cape Town. Nestled in an amphitheatre created by the Winterhoek, Witzenberg and Obiqua mountains, the area offers outstanding natural beauty and is known for its country living and hospitality. Many small mountain tributaries run into the Kleinberg River that snakes through the valley.

The valley has been inhabited for millennia by indigenous San and Khoi people but was ‘discovered’ in 1658 by Pieter Potter, the surveyor to the first Governor of the Cape, Jan van Riebeeck. The area was initially settled in 1699 by a handful of pioneering farmers but the town itself was only really established when the church was built in 1743.  It was originally called ‘Het Land van Waveren’, but was later changed to Tulbagh in honour of Ryk Tulbagh, Governor of the Cape Dutch Colony (1751-1771), and the village has retained its historical nature to this day.

During the time of the Voortrekkers – Dutch settlers that began moving northwards from 1835-1846 – Tulbagh was the last civilised town in the Cape before entering the unchartered interior.

Tulbagh started as a small settlement and proceeded to develop slowly, meaning that as architectural styles developed, the town’s architecture grew more diverse. Church Street is the ultimate testament to this diversity, featuring Cape Dutch architecture, Edwardian and Victorian homes. The village boasts the highest concentration of declared historical monument buildings in South Africa as well as the country’s oldest functioning church that still retains its original infrastructure.

Tulbagh is also known for the 1969 earthquake measuring 6.3 on the Richter scale – the most destructive in South Africa’s history – that destroyed a large amount of the town’s diverse and beautiful architecture. Shortly thereafter, large projects were underway to restore what had been lost or damaged, resulting in Church Street being recognised for having the most Cape-Dutch, Edwardian and Victorian Heritage Sites on a single street in South Africa and even today the town has the ‘feel’ of an 18th Century village. It is a delight for architecture enthusiasts since it is rare to find such a concentration of historic buildings still in everyday use outside of Asia, Europe or North America.

The emphasis on history continues today through the valley and all structures older than 60 years old are protected and maintained, including the spaces surrounding them.

Whilst the larger herd animals have left the valley, smaller animals are still fairly abundant, seeking refuge in the mountains, vineyards and orchards. Baboons, duiker antelope, Cape grysbok antelope, porcupines, mongooses, wild cats, genets, foxes and even leopards, although elusive, can still be seen from time to time. Birdlife is also spectacular with the country’s national bird, the beautiful Blue Crane, being found in the valley and surrounds while Jackal buzzards, African fish-eagles, Secretarybirds and other birds of prey patrol the open spaces for food. Part of the Cape Floral Kingdom, the smallest and most diverse of the world’s 6 floral kingdoms, the valley is also home to wonderful wildflowers (fynbos) attracting an abundance of small colourful birds such as the Cape Sugarbird that feeds on nectar produced by the magnificent proteas found in abundance in the valley.

Renowned for it’s wine route that is part of Route 62, the longest wine route in the world, Tulbagh also produces good local cheeses, Belgian chocolates and olives and has become a wedding destination of choice. It is also one of the best places in South Africa to experience snow (usually on the surrounding mountains) in Winter and is host to the largest ‘Christmas in July’ festival in the country.

For the more adventurous, there are hiking trails and mountain bike routes through the valley and into the surrounding mountains while the 30 000 ha (75 000 acre) mountainous Groot Winterhoek Wilderness reserve beckons just to the north of the valley. 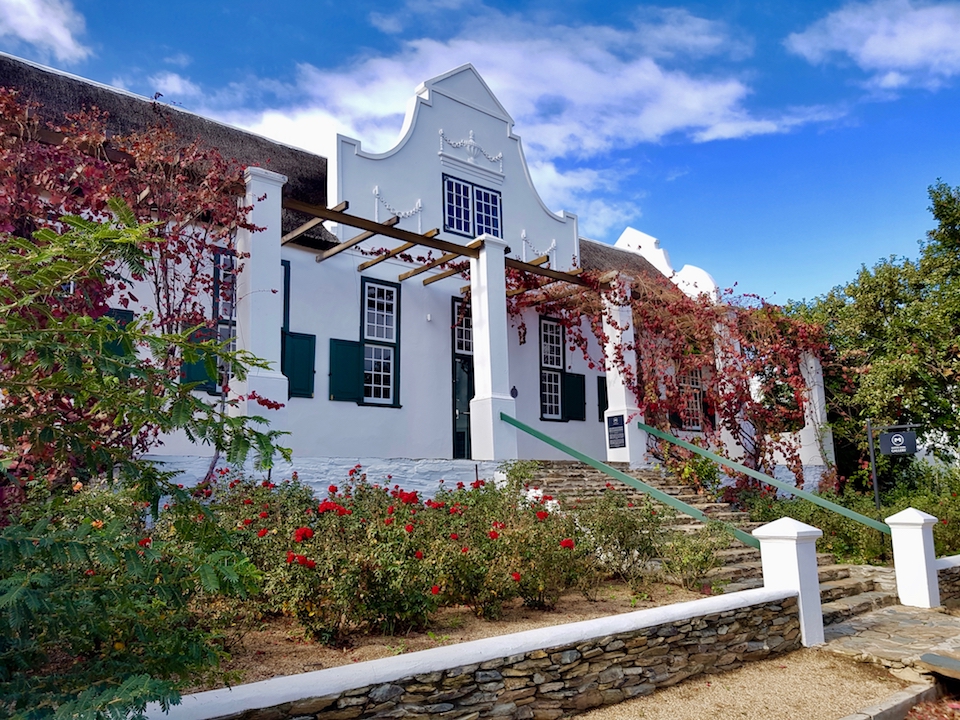 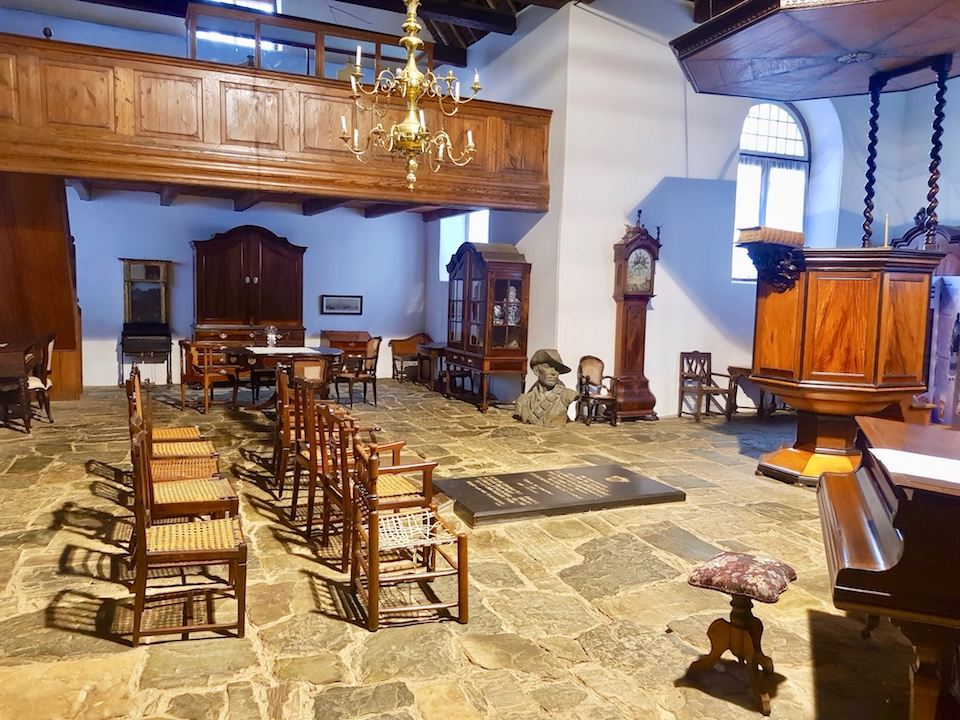 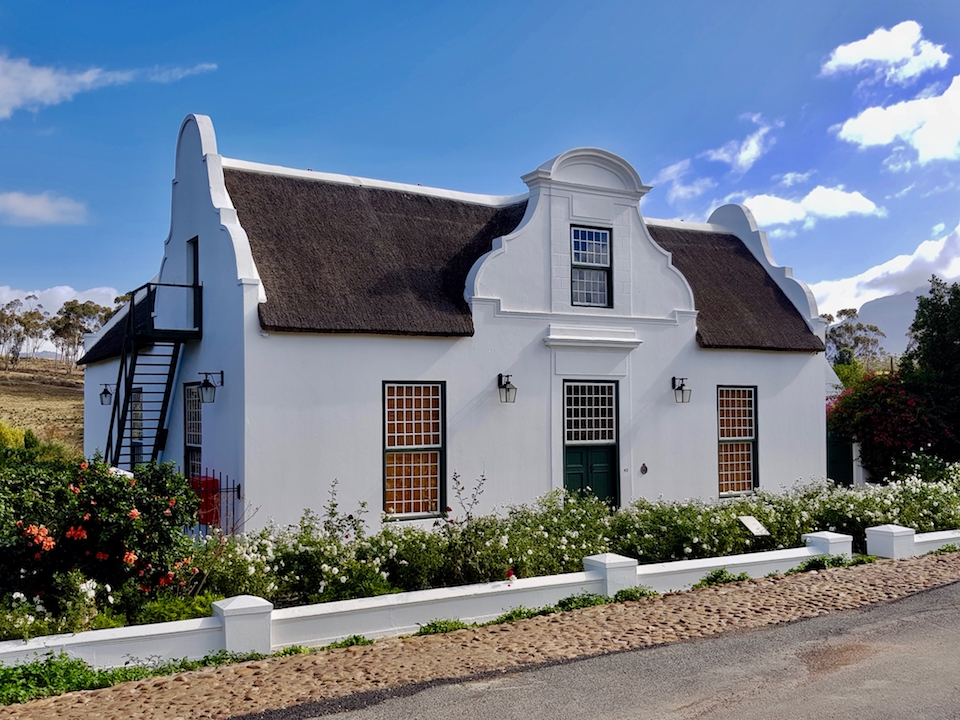 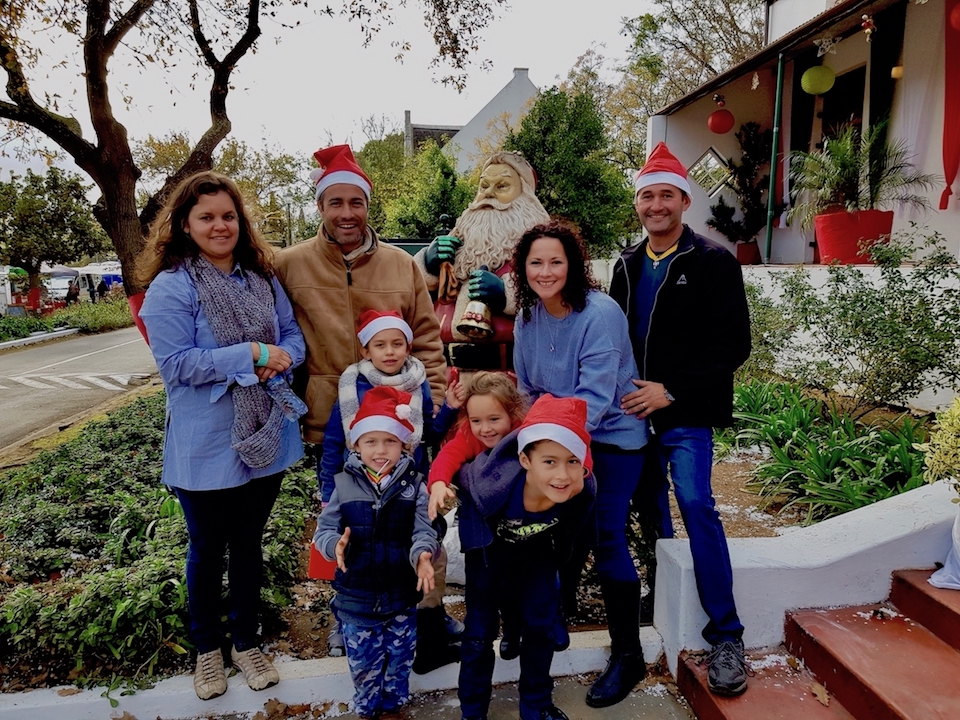 FAMILY AT CHRISTMAS IN JULY, TULBAGH 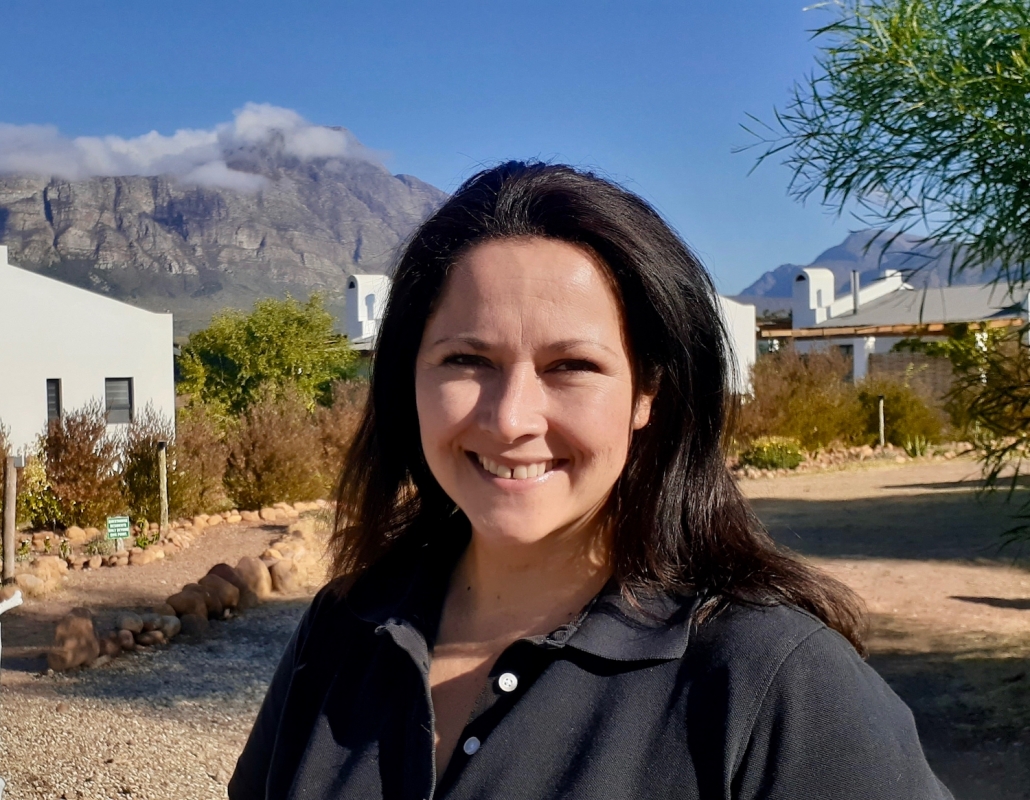 Shayne is passionate about hospitality and a quality culinary experience and dynamically manages this facet of the business.  Having grown up and spent most of her career in the Johannesburg area, she is thriving in her new home and relishes the challenge of her mandate to continually innovate and improve the service offerings in a quest to make Obiqua and Duikersdrift names to be remembered.